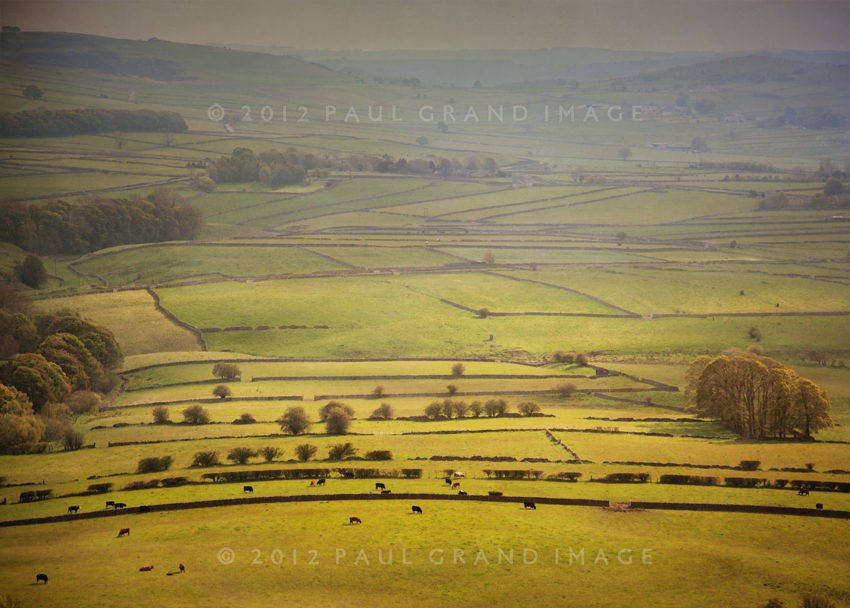 I’m just back from a rewarding few weeks traveling and this is one of my captures from England’s beautiful Derbyshire Dales.
This part of the world was my old doorstep, as a student teen I even had driving lessons around these parts as my driving instructor didn’t trust me in city traffic! He said, quite rightly, that ‘I made him feel nervous’ lol – though ironically I later passed uneventfully in central London!

This Eyam  location in Derbyshire has been popular with historical writers for decades and is now fondly known as ‘The Plague village’, because in 1665 to 1666 the inhabitants bravely quarantined themselves for over a year so as not to spread their bubonic plague outbreak into the local surrounds and the City of Sheffield.
Jill and I both recently read and enjoyed a page turner of a historic novel about it, called ‘Year of Wonders’ by Geraldine Brooks.  Her historical facts are basically correct and you can still see her dramatised plague victims real families houses clearly signposted in the village, in this same valley, situated to the right of this pictures location. The nearby city and surrounding village inhabitants showed their thanks by leaving the village food and supplies at a preordained spot for the villagers to later pick up. Eyam’s picturesque graveyard still houses some of the tall weathered gravestones of the brave victims and families and is completely free to wonder around. For further info and a great little video documentary, go here

Shot on a gloomy, misty afternoon, from a high hilltop, just capturing fleeting sunlight in the valley bottom.
From the before image you’ll see I’ve cloned out a white house and two cars, luckily here, the road to Eyam cant be seen, and I could have carried on, cloning out all remnants of modern life, like the power cables and poles and perhaps I will, as cleaner images tend to sell easier and illustrate how it could have looked back in 1666.

Processing was fairly simple, I used the Dr Russell Brown Flypaper Texture panel to add two textures as the recipe shows.
I also used the photoshop watercolor filter, though very gently to add definition and brightness and a slight painterly effect.
I merged all and then darkened the sky slightly with Nik color pro’s graduated ND filter @ 25%.