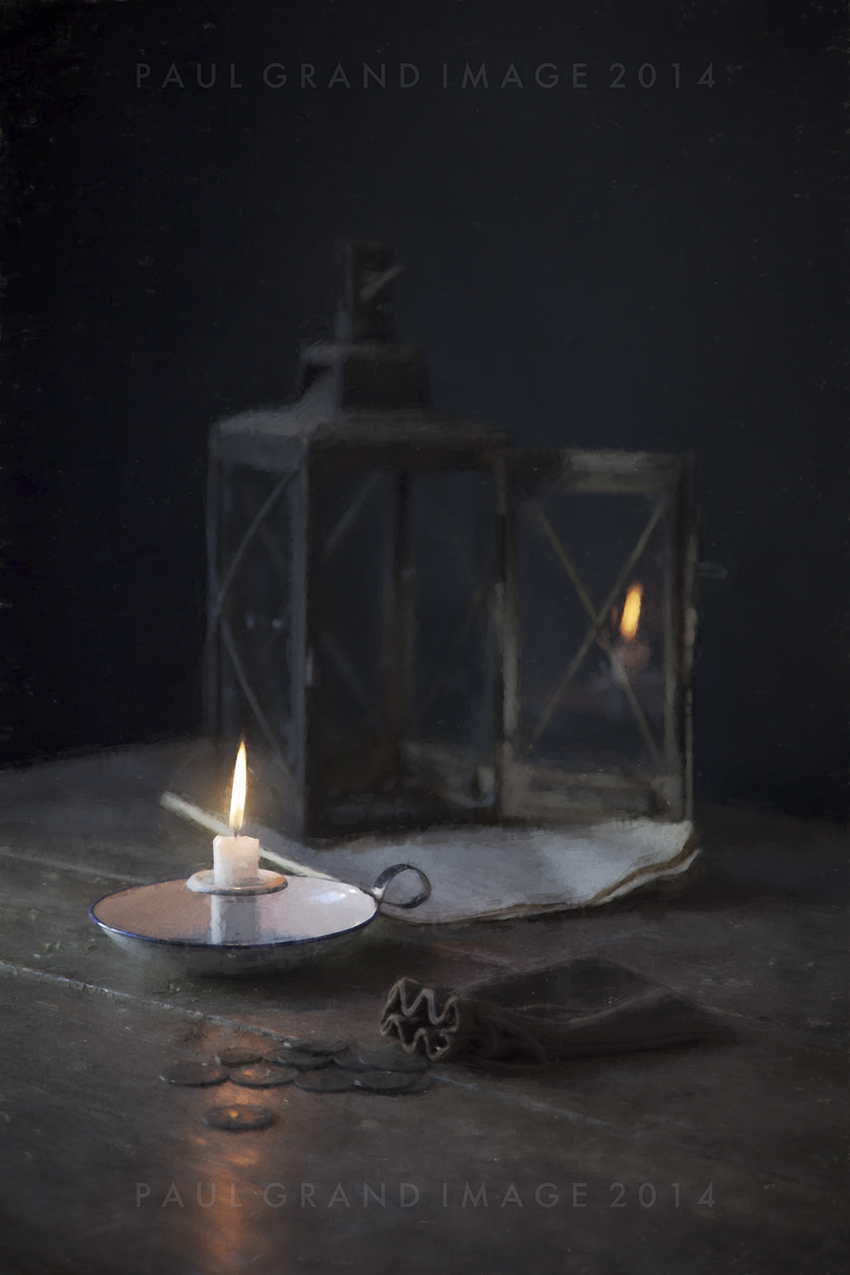 mouse-over for before view.

My first apartment in London after moving south with a college friend after graduating in the 1980’s was in the Hasidic north London Jewish area of Stamford Hill. Our charming Anglo German landlord and his wife we discovered to our embarrassment as we were hiding our pet cats, were drinking tea in our apartment on arrival! whilst meeting we noticed that they both had faded blue German WW2 ID numbers tattooed on their wrists, which we’d seen before on Holocaust survivors up north. On departing his final friendly though bizarre words were;
“Of course you’re not going to do anything like paint the walls and ceilings black are you!?”.

It had never crossed our minds but the warning or advice has stood me in good stead over the years with many landlords, right up until now, as I’ve just painted a corner of my studio matt black after finally discovering a rare can of black emulsion paint in my local Lidl store! Who would have guessed that matt black paint was so taboo in the south of France?
So these new black background image series are despite my deep seated guilt from painting a corner of the room matt black up to the window. Its just enough blackness to shoot small still lives in, and when Im over these I can quickly paint it white again, even though now as the actual house owner I’ve nothing to fear from a landlord, phew!

I started off shooting a lone candle and books but during the course of the day I felt that it wasn’t saying enough? So after a rummage through my box of props, came up with an antique french lamp (ebay) and a leather pouch of antique English copper coins, mostly old victorian pennies and three penny bits.

After which the story came together easily, one of Dickensian poverty, a dichotomy, paying the bills or buying food? And so I dedicate this to all workers who’re currently fighting for a living wage.. Calling it, ‘Oh for a living wage!’

Lighting was very simple, just daylight, it was sunny outside from a north facing window and the candle light with a bright LED anglepoise desk lamp @ desk level under the window. I shot loads of pictures before realising the reflection in the lamp door could show the candle flame to add extra depth, and finally after adding the money, I also added a white reflector on the right to brighten up the foreground slightly.
Shutter speed being just 1,25th sec and carefully hand held this time.
Just getting the candle flame in focus really helped give the image depth as the looming lamp in soft focus looked very painterly.

For processing I opened up in my now beloved Topaz Impression Filter, and quickly chose Rembrandt Portrait II, saving my settings with a screen grab as you cant save presets at the moment in Topaz.
I made a 2nd duplicate of the raw base and ran it through Topaz Star filter to get a nice light haze around the candle flame. This was to be the base layer below the Rembrandt Portrait II painterly layer and can just be seen as the painterly filter is at just 55%.
To get rid of the fake painting effects, our Flypaper textures are perfect for adding atmosphere and rebalancing, I opened the Russell Brown Paper panel and used several of our textures as the recipe shows, that lovely charcoal wall glow behind the lamp is enhanced
From our desaturated textures!

Back in London many years later to finish my opening story, quite by chance saw a small picture of my old landlord in the Evening Standard newspaper, it reported that after he’d written and published his autobiography the German Government had noticed and given him a medal for bravery for trying to assassinate Hitler by placing log/s on the train tracks ahead of his train, he modestly admitted it was the bravado of youth, the log/s were discovered and removed in time for Hitler to carry on the extermination of his people, but at least he tried. Locked up afterwards surviving many death camps and thus explaining perfectly his fear of black rooms and my vicarious blackened room guilt!

Btw, after writing this and googling my old landlords name, I amazingly found this recent interview with him Here heroic guy or what?