Barge through the mist 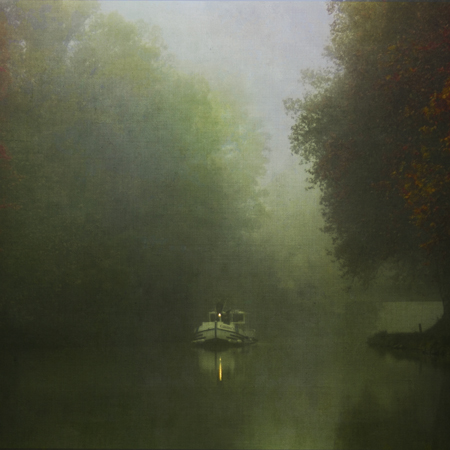 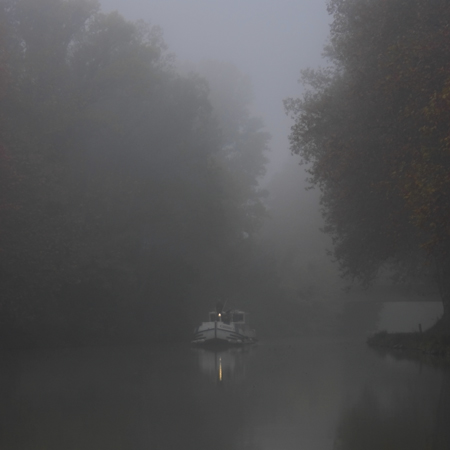 Another from my misty day shoot!
This time along our famous Beziers ‘Canal du Midi’, built by Paul Riquet
The most famous son of our city of Beziers.

It connects the French Atlantic West-coast with the French Mediterranean, a huge feat of civil engineering for its time.

This barge appeared out of the dark mist, looming and silent, the light was all I could see for several moments,
then the boats prow and the guy steering.

For this image, I didn’t do much at all, I just used our Apple Blush texture twice, first the normal way in Overlay @ 43%
then I flipped it, to get some of the warm tones on the other sides trees, but needed to brush out a little from the middle.
This texture was also in Overlay mode but at 47%
A final tweak was necessarily with curves to bring out the tones.