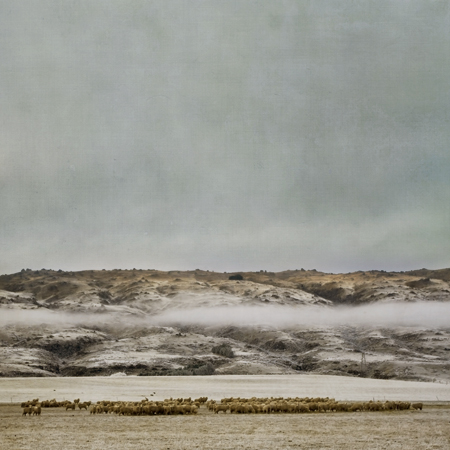 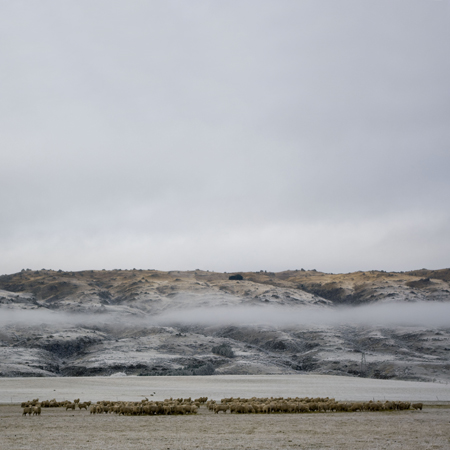 This was taken on our way to inland Otago in the middle of winter, at the time, the area was in the midst of a spell of hoar fross and there was freezing fog and a thick covering of ice on most things. It was very cold as you might imagine but so beautiful especially in the places where the fog had lifted a little. These sheep had just been given hay.

Anyway, quite a bit of experimentation went into the processing of this one before I hit on something I liked.
First of all there was a layer of Apple Crumble which had been blurred by about 30 @ difference 41%. This was just for the sky so I removed the texture from the land bit using a layer mask. The difference blending mode made everything a strange blue colour so I used a hue saturation adjustment layer as a clipping mask on that layer (I’ll write more about clipping masks in the future) and reduced the saturation.

Next was a layer of Apple Blush at Overlay 32% and once again I masked off the land so the texture was just applied to the sky.
Then a layer of Nora Batty which had been desaturated slightly at Soft light 100%, this was just for the land.
Lastly I added a curves layer to adjust the tone and contrast.