Hoody that caused a rumpus! 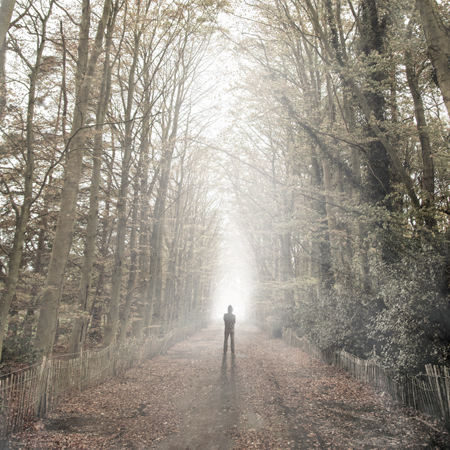 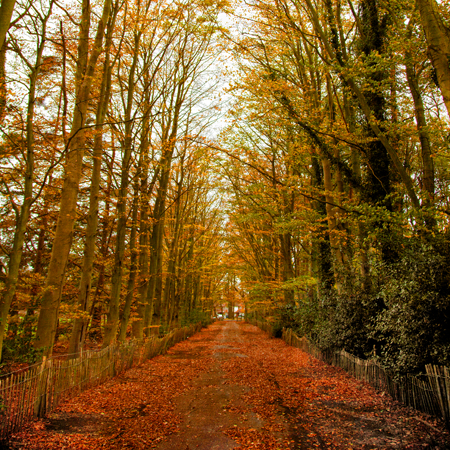 I’m delighted to be able to share my latest image which caused one sad individual on Flickr to accuse me of copying his work! Its also in answer to Bobs question showing how we create fake mist with just our flypaper textures. My original goal was just to achieve a nice image of an English woodland walk, you’ll remember I had the PL filter stuck-on so the original image was a little dark.
To counter this I added Apple blush and Raw Linen in soft light @ 100% both from Pack one. I then used Matmos Lake, flipped vertically and desaturated, and blurred to darken the blown-out sky a little.
Here I could have stopped, but it was as they say, a beautifully polished turd! It was OK but uninteresting.

So, after a coffee break an idea came, I’d not liked the end of the avenue, as those two trees ruined it and I also wanted to hide the houses.
This mist idea came about just to obscure the end, so I chose Iorek Ice, blurred it slightly @ 100% and rubbed out everything but a cone shape to fill the end, I blurred more and it spread out, I doubled it up, again and again, adding more and more layers. I then remembered I had a Man Ray contest I should close back on Flickr, and the final idea came to me, the Wolf of the woods! I added the hoody figure I’d previously donated and Voila!
To ground him I added two blurred shadows as the light wasn’t really defined in the mist and buried these layers under more layers of mist. Here I could have stopped, it was again ok, but looked kinda flat and gray. So I tried the old Crossed-Processing look I’d used for another couple of pictures. First I flattened the image and saved, then doubled the base, and to the top layer I moved the color sliders until it looked a bright green/blue. 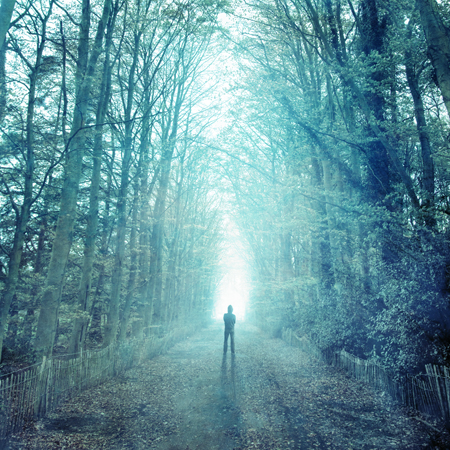