Pines in the mist 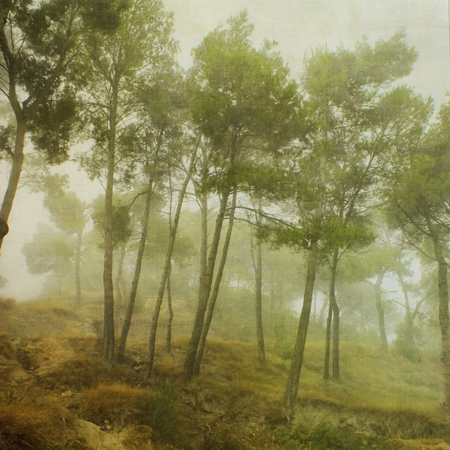 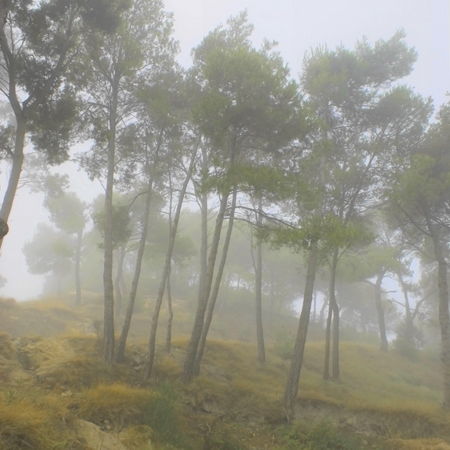 A rare misty day in our part of the world.
These mists are so far and few I have to dash out with my camera!
This picture was taken on a strange atmospheric hill that sticks out of the old sea marshes, or ‘Etang’ in French.
It now rises out of a sea of golden vineyards.

On top was a Roman settlement, guarding the road to Narbonne,  called Oppidum in those days an important sea port, now silted up and landlocked for over a thousand years.
On top of the hill, there have been archeological digs for more than one hundred years.
It’s ‘Necropolis’ was a veritable treasure trove, its bounty being so rich that a Roman Museum was built on top of the hill to house the finds.
The Romans were finally forced to abandon this strategic hill after the area became Malaria infested.

The order of Textures can be important,
so I’m showing a screen shot of my layers, I list them from bottom up. 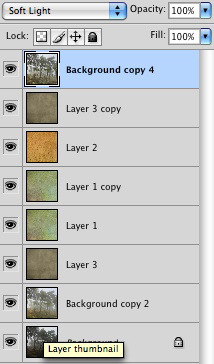 To see the brightend version – with curves, please go to my Paul Grand flickr site