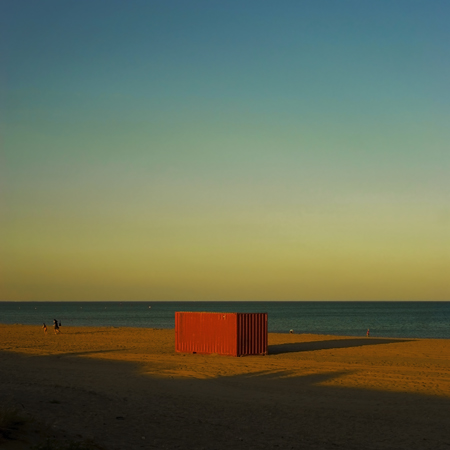 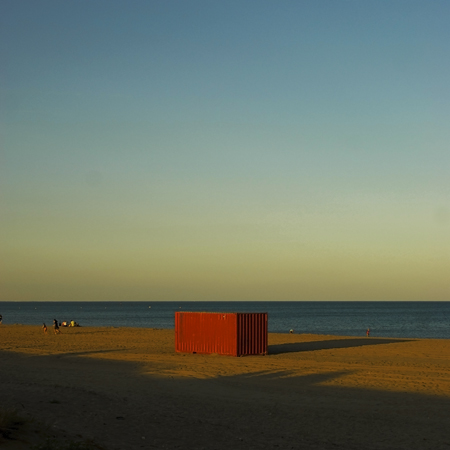 Back in early July we made a special trip to the beach at sunset just to photograph the full moon rising over the Mediterranean.
The light was superbly opalescent, and I was lucky, as I captured several nice images as well as the later moonrise.

This is one, a huge red container, not sure why it was there or what it contained, but being this amazing rust,
the final rays of the sun turned it into a stunning bright red.

The base image has already been brightened, I only needed a texture to beef up the tones and give a slight vignette effect.
I chose just one, Caramel Cream – soft light Opacity – @ 45%
This was given the full ‘Gaussian blur’ treatment for a really smooth finish.
I gave the final image a clean up with a slight paint effect, and removed a group of people on the left with the clone tool.
If you look on my Redbubble thread, you’ll see another more painterly version.