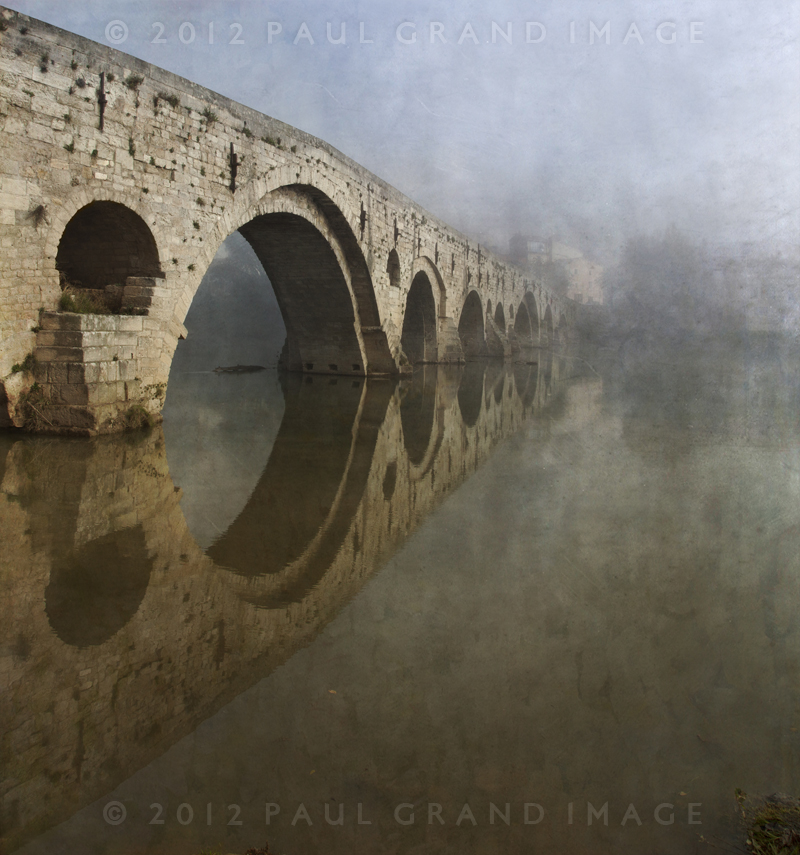 Welcome to the Autumn seasons textured images! Here’s another from my misty morning set, our local ancient Roman bridge into our little old Beziers! Of our several crossings Its my favorite bridge, its both narrow and winding and takes just one lane of light traffic.
Its also historic as its the bridge that the medieval army of crusaders crossed to slaughter most of the Cities inhabitants kicking off the start of the bloody Albigensian Crusade, all of which was chronicled in Kate Mosse’s recent blockbuster mystery novel, Labyrinth which was recently filmed in our area for a big UK based studio TV mini series, due out next year!

The image was shot in portrait format, the excess sky being cropped off the top, which might be very useful negative space if used as say, a book cover for Getty, but for its pure drama, I felt this was the right crop.

There are two post processed versions, this is the final darker one, the other is much paler and more ethereal but also stands on its own.
In this new rectangular Autumnal set we used many French names to enhance its seasonal perfumed motif, here I used just two, Quelques Fleurs – meaning, some flowers. And Contre Jour, meaning fittingly, against the light!