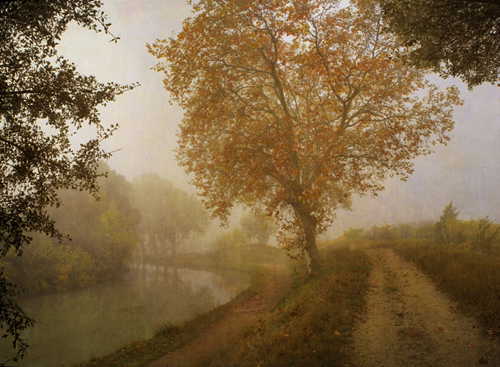 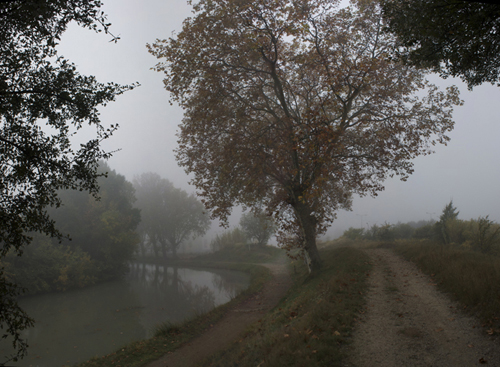 Another misty ‘Canal du Midi’ shot, just west of Beziers,
our famous local French Atlantic coast to the French Mediterranean sea connection. One of the main reasons for its being built was to avoid having to sail around Spain.
Because just over two hundred years ago those pesky Spanish Pirates were quite a problem!
This in turn brought wealth to the wine producers in this area,
further unimagined riches came with the railways, over a hundred years later.
But that’s another story..

The beautiful mile upon mile of huge poplar trees were planted to give the pulling horses and barge drivers some shade and help stop the canal water from overheating and thus turning stagnant in our hot summers.
Hope you’re taking notes as there will be a test later! 🙂