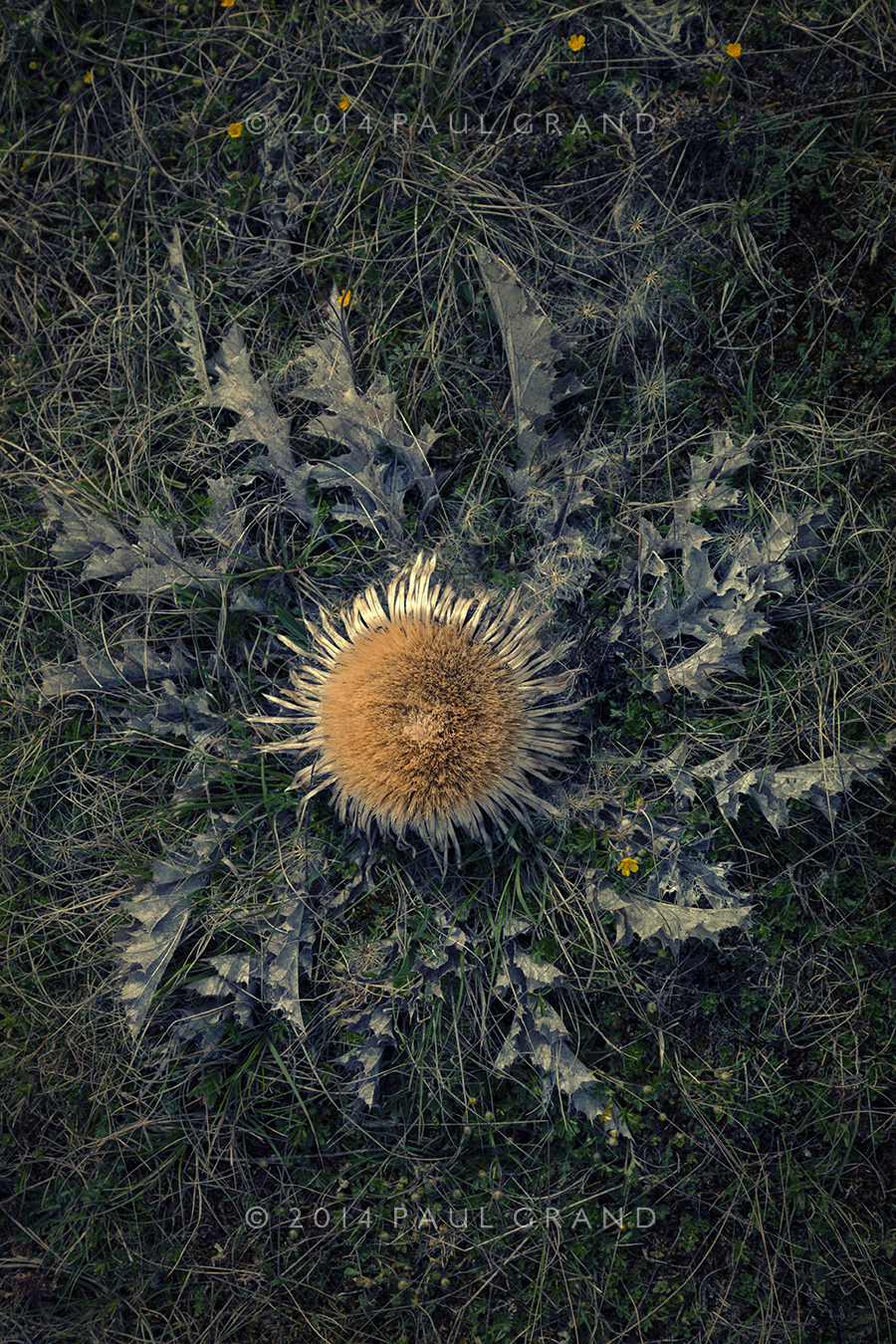 It was also nice to discover it’s the place where these low growing, rare and protected Cardabelle Thistles grow abundantly in the wild on the valley top. I’d previously seen one before, nailed to nearby mountain villagers front door but had no idea as to why they did this?
It just so happened that the Auberge we were staying at is called; La Cardabelle  and the friendly English speaking owners, Nathalie and Gabriel were more than happy to fill us in during the course of several delicious meals!

It appears the name of the thistle comes from its ancient peasants use in Carding Sheep wool, ie, beautiful carder!
They’re nailed to doors and beams of villages house frontages to keep evil spirits at bay and also are said to predict rain, in much the same way as pine cones do by closing. However, of late the French government has banned this practice, not that the locals take any notice, as the little village houses have many of these attractively displayed Cardabelles!

The shot was taken in watery sunlight, no flash, just on automatic looking straight down. I processed firstly in Nik color Pro then opened it up in Photoshop and used Flypaper textures to help give that night-time atmospheric pop, to help illustrate this plants rare mythical importance. Btw, notice how I cloned out some messy foliage, just the eye catching bits?

The blue tone is from Nik Color pro Skull and Candle @ 100%
From our Fly II presets with its blur reduced .

I then merged all the layers and duplicated, with the upper copy I went to PS Image – Adjustments – Levels, I pulled the outer sliders in slightly, to brighten the image and then gently brushed away the top layer grassy parts to leave the brightened Cardebelle to glow or pop!

Colosseum Sienna is from Tex Box 2. Aegean, Samov and Caspian are from the Paper Painterly Pack. Please visit our Pack page or Combo Pack page to buy Flypaper Texture