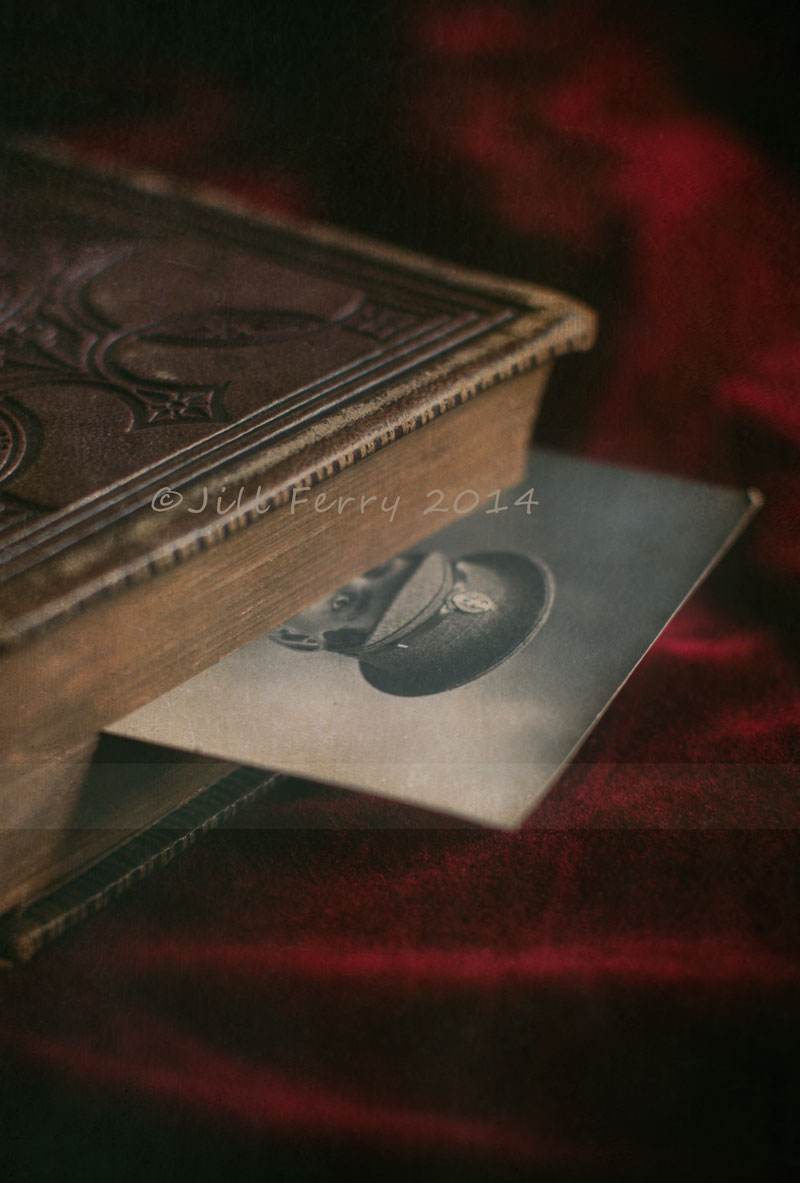 First of all, we’ve had a message from Nik regarding the problem some of you were having adding the new presets into Analog 2, they’ve sent me instructions on a fix with screenshots which we can’t figure out how to post here, but we’re happy to forward it to anyone who wants  it, just send us a message to our email

Now the processing…
I started with a Flypaper Nik preset to tone down the red velvet background.
Flypaper Analog Soldier Preset
Bavarian Suede @ Multiply 100% Masked from the book and photo
Scriptorium @ Overlay 55% Masked as above.

The Analog Soldier preset is from the Fly Analog preset Pack, Bavarian Suede and Scriptorium are from the Paper Painterly Pack.